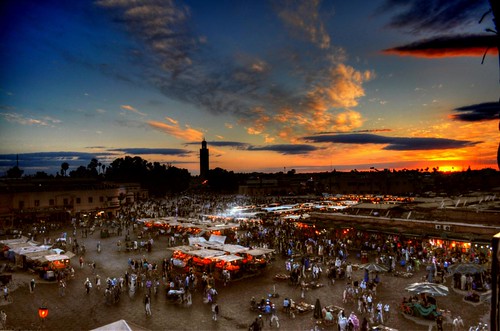 If you’re looking for the best tourism destination for your next journey, Marrakech Morocco welcoming you.

What you should know about Marrakech Morocco tourism

Marrakech or the red city, Morocco, is considered one of the best places in the world and an attractive tourism destination for travel’s lovers. People come everywhere (internal and external tourists) to see this icon city and most of them fall in love with it for the first time.

Marrakech located west of the foothills of the Atlas Mountains, Morocco, North Africa. It’s the 4th largest city in the Kingdom and also, one of the four imperial cities. It’s a modernism and a traditional city as well; people love the simple and beautiful life style of the red city and also, they love how the city is opened on other modernism life styles.

Since your first moment in Marrakech, you won’t feel bord for a single minute. It’s known with its dynamic and its funny people whom they’re always joking and laughing with everyone even with foreigners also music is something in common at home, outside and with friends.

There’re lot of must-see sites in the Red city that’s make the Marrakech Morocco tourism widely known and competes other international tourism destinations. The sites that you can visit in Marrakech includes: Jamaa El-Koutobyya, Kasr Elbadiia, Majorelle Gardens, Pavillion and reservoir of Menara Garden, Djamaa El-Fna, Souks of the Medina, Beb Agnaou, Ourika river valley, Bahia palace, Saadian Tombs etc. If you would like to visit all the beautiful places in Marrakech and the region, you will need a long time because the panoramic views that’s is provided can’t be ignored.

Morocco’s tourism in general is increased each year since 1985 with the first tourism ministry government. Where we can see the big difference between arrival tourists between two decades; in the past the number of tourists in Morocco reached 1.66 million in 1992 while in 2016 the number increased to 10.3 million arrivals. However, in 2000 the number of tourist arrivals that was registered is more than 4.42 million, and 9.75 m in 2010. Also before the Corona quarantine, according to 2019 tourism statistics the arrivals tourist’s number reached 12932260.

Although the Moroccan tourism is now classified between the top ones in the world, Marrakech is the most visited city in Morocco. According to 2019 Marrakech Morocco tourism (‘s) statistics, about 3.02 million visitors have been registered in the red city and which make the site in the 76th place in the world’s popular cities.

Marrakech is an international tourism destination for every time and for everyone. If you have any attention to visit this charm city, you can book now your itinerary tour plan with Morocco Safari Tours.

Marrakech called the wonderland and that’s because it has some characters that cannot be found in another place and which make it unique.

First, the Marrakech people (also called Bahjawa) are most of the time laugh and have fun each other. They have a local spoken variety that cannot be common to the non-local inhabitants (it seems like codes or symbols). Also, they have a special traditional music that you can know through it the Bahjaoui or the Marrakchi. It is used everywhere and with everyone; it’s call “Tkitikat also called Dakka El-Marrakchia (means Marrakech music retheme)”.

Second, the city known with a very special recipes that are originally Marrakech. Tanjia, the common recipe prepared every weekend, preferred with friends and being eaten outside in a garden or a green place; also prepared for special occasions and for visitors (non-Marrakech visitors). In addition, the Khobza El-Ajiba (the magical bread), it is a stuffed bread used as a fast food and it’s delicious. There’re other recipes and food that cannot all be mentioned; however, for drinks we can find the Oronge Juice which is common in Saht Djamaa El-Fna. All that and more make the Marrakech Morocco tourism competes to be in the first places as the best tourism worldwide destination.

Marrakech Morocco tourism is an important economic source to the city itself first then to the Morocco’s economy in general. So that, the tourism ministry is working hard to growth the sector more and to motivate tourists to visit the charm land Morocco. 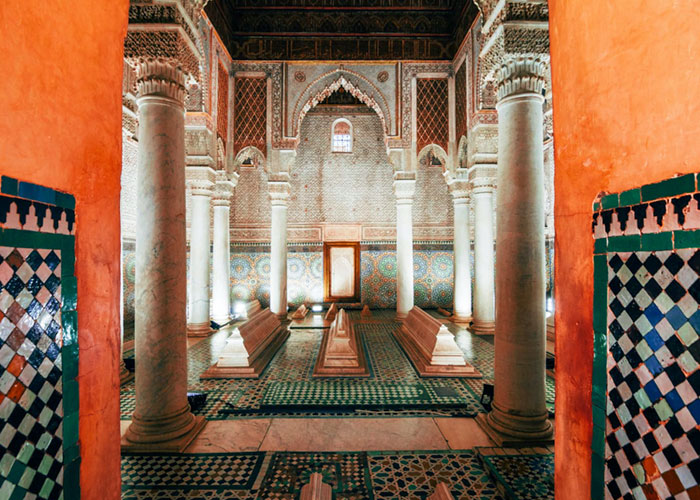